Polysubstance Use and Dependence 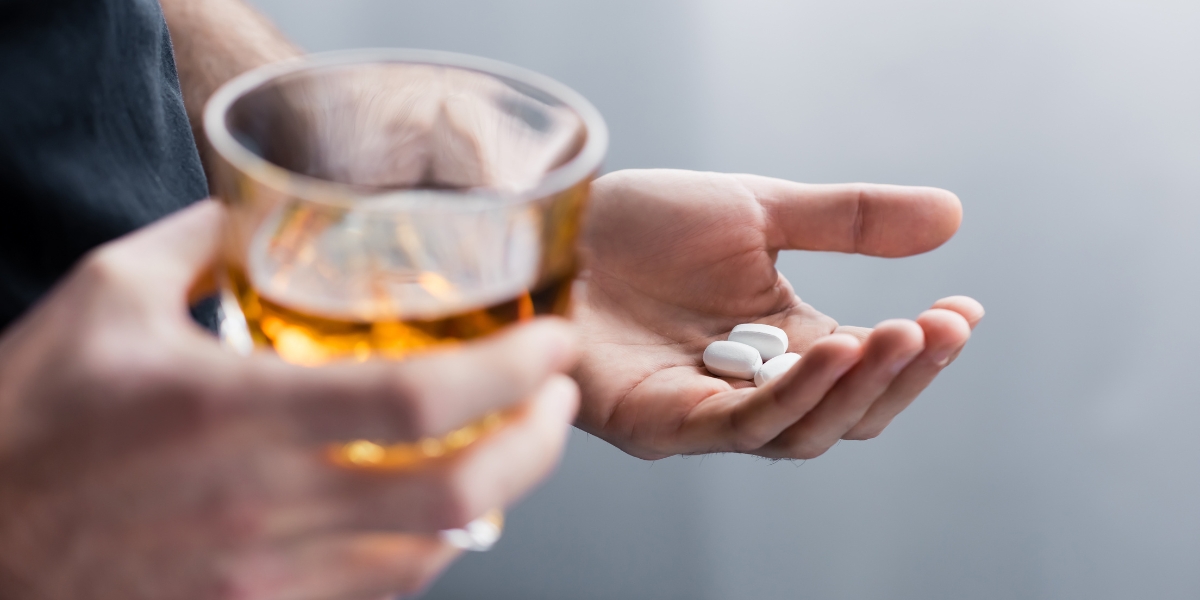 Abusing multiple substances at a time has become so common that most people don’t even realize what they are doing. If you have ever had a couple of drinks while taking prescribed painkillers or taken a bump of coke to enhance the effects of MDMA, you have engaged in polysubstance abuse.

Taking Xanax at night to counteract the morning Adderall you took is polysubstance abuse, despite both being prescription medications.

While many people experiment with drugs, it can quickly become a complex problem and habit with unforeseen short and long-term effects, including addiction and overdoses.

Cases of substance abuse involving multiple substances are about reaching a feeling or specific mental and physical state, not necessarily about using a particular drug. Because polysubstance abuse is more behavior centered, it requires an in-depth, careful, and informed treatment approach to overcome.

What Is Polysubstance Use?

Polysubstance abuse is taking more than one type of drug together, simultaneously, or within a short period, sequentially. According to the Centers for Disease Control and Prevention (CDC), most polysubstance abuse is intentional but can happen unintentionally and include illicit and prescription drugs and alcohol.

Polysubstance users are generally addicted to a specific feeling or high rather than a particular drug. For instance, people who love to feel sedated may prefer benzodiazepines but happily mix alcohol and prescription opioids to achieve a similar feeling if that’s the only option. Or people who enjoy cocaine while they drink may substitute a crushed-up Adderall in a pinch.

But how can someone unintentionally abuse more than one substance at a time? Generally speaking, they are taking drugs cut with something they don’t realize.

Fentanyl has become one of the primary drugs used to cut drugs like heroin, cocaine, and even MDMA because of its potent effects and addictive properties. People were taking different drugs than they intended increases the risk of not receiving proper medical treatment in case of an emergency or accidental overdose, not to mention potentially complicated and confusing withdrawal symptoms.

Medical and addiction treatment professionals use the Diagnostic and Statistical Manual of Mental Disorders (DSM), universally reviewed and agreed-on criteria for diagnosing and treating various medical and mental health conditions to assess patients and determine the best course of action. The most recent edition, DSM-5, eliminated polysubstance abuse and polysubstance addiction as official diagnoses. Instead, substance use disorder, ranked from mild, moderate, to severe based on met criteria, refers to dependence and addiction regardless of whether it involves more than one substance.

Despite no longer being an officially recognized diagnosis, professionals still use the previous criteria for polysubstance abuse to help patients understand the specifics of their behaviors and condition. Many agencies also use the term to discuss statistics involving user habits, side effects, emergency department visits, and overdose deaths.

Each year in the United States, almost 20 million people meet the criteria for having a substance use disorder. Between treatment, criminal charges, healthcare, public health campaigns, and emergency responses, addiction in America costs $740 billion annually, with polysubstance abuse contributing to a significant portion of those numbers.

The following are some more facts about polysubstance use in the United States:

Only recently have treatment outcomes for polysubstance addiction begun to improve with the evolution of comprehensive, evidence-based treatment plans that address all aspects of co-occurring disorders.

Polysubstance abuse does not always lead to dependence, much like there is a difference between dependence and addiction. Abuse can be an occasional occurrence or an intermittent thing; dependence demands consistency to avoid withdrawal symptoms.

According to the National Institute on Drug Abuse (NIDA), substance abuse means taking drugs with no medical purpose, taking prescription drugs in ways other than prescribed, or mixing substances to achieve heightened effects. A person with a valid prescription for a cough syrup containing DXM that combines it with alcohol is engaging in polysubstance abuse; however, abusing DXM one time will not make them physically dependent on the mixture.

Polysubstance use is about achieving a feeling; the drug combination is a means to an end. A person who cannot sleep without mixing whatever drugs and alcohol available to sedate themselves is polysubstance dependent. If a person is addicted exclusively to a cocktail of sleeping pills and benzodiazepines, they have a sedative use disorder, not polysubstance dependence.

Before being removed from the DSM-5, the criteria for diagnosis of polysubstance dependence were:

The requirements for substance use disorders listed in the DSM-5 offer clearer, easier-to-understand guidelines, helping more people to receive a proper diagnosis and treatment options.

Side Effects and Risks of Polysubstance Abuse

Common risks and side effects of polysubstance abuse include:

Mixing drugs with similar effects, like central nervous system depressants, increases the risk of extreme side effects like respiratory depression, resulting in death. Taking things with opposing properties, like mixing alcohol and stimulants, increases the risk of masking the effects of each substance, resulting in overdoses and death. Essentially, mixing drugs with other drugs or alcohol is never safe.

Additionally, the misuse of multiple substances to self-medicate health problems, mental health issues, or even the unpleasant after-effects of drugs can have the opposite effect in the long term and worsen those conditions.

Substance abuse of any kind is hard on the mind and body. Polysubstance addiction increases the damage and likelihood of long-term effects and chronic disease, not to mention the impact on relationships, careers, and legal troubles.

Polysubstance addiction treatment requires a specialized, custom-tailored treatment plan to help you achieve a life free from substance abuse. White Oak Recovery Center can help you plant those seeds that will lead to a life rooted in recovery.

Our private residential treatment center offers a quiet place with a fresh start to focus on healing. We offer onsite medical detox with around-the-clock medical care and support to monitor your vital signs and ease the uncomfortable withdrawal symptoms. Using cognitive behavioral therapy (CBT), guided support groups, and several other therapies, we uncover and address negative thought patterns and habits that contribute to addictive behaviors and replace them with constructive and healthy skills.

Reach out to us today to plant a seed of sobriety.

Table of contents
What Is Polysubstance Use?

Side Effects and Risks of Polysubstance Abuse